Caring for a child with special needs: a parents perspective 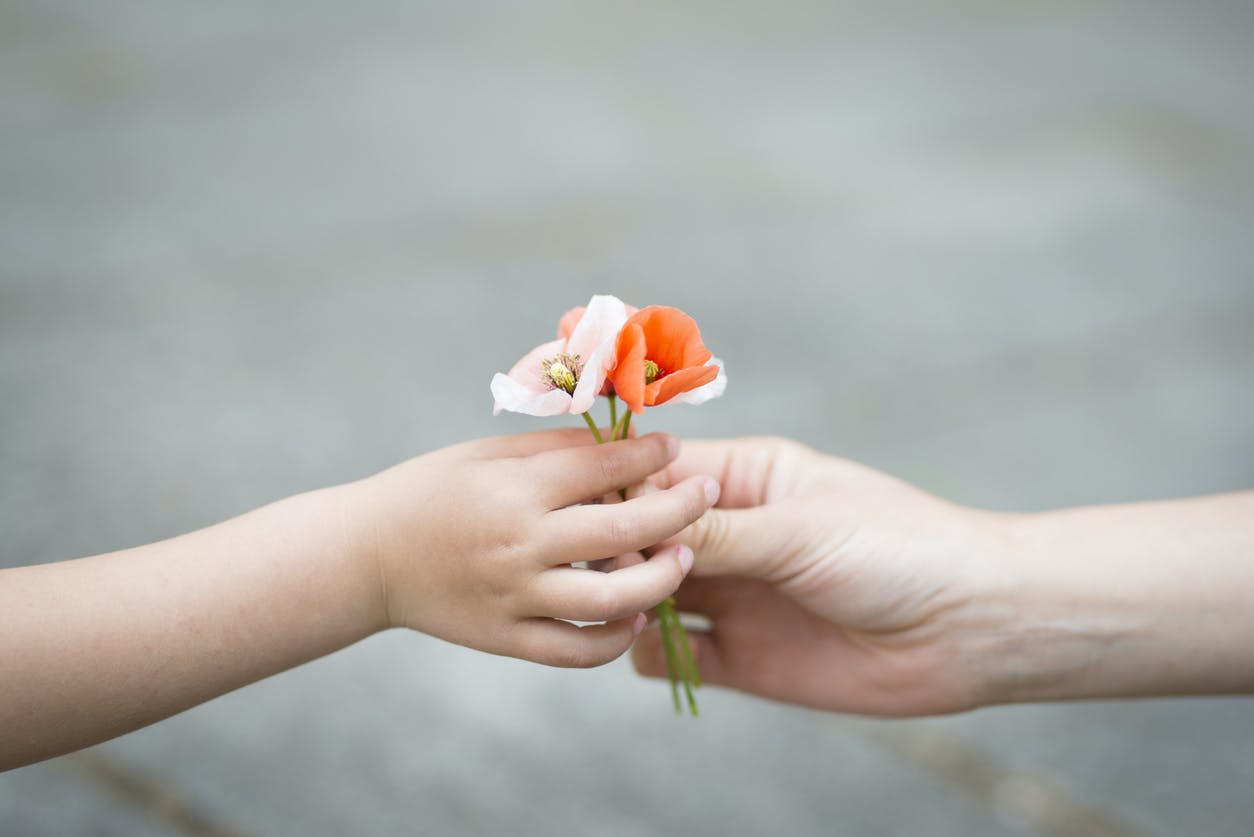 A Day in the Life -- Caregiver Series

It’s 5.45am and Louise Bell’s* day has begun. In reality, it began around 4am when she was awoken by a piercing alarm warning her that her daughter Tegan’s sugars were dropping to a dangerous level. That wasn’t the first time Louise was up that night. Tegan typically gets up and roams the house around midnight, and will often have at least one screaming fit between dusk and dawn. It's exhausting and it requires being "always-on," but for parents of children with special needs, this is a part of every-day life.

Tegan was born nine years ago with a rare, undiagnosed genetic syndrome that affects every major organ. From her heart to her brain to her GI tract, Tegan functions in large part thanks to medical intervention. She has made incredible progress in spite of what doctors predicted for her at birth, because of the unrelenting dedication of her family. Louise, a highly successful business woman who works from home while juggling the needs of three children (Tegan has an older and younger brother), manages to keep Tegan thriving in spite of her multitude of serious health issues while providing a happy, active home life for her other children. How she does it, we do not know! But we do know her day starts early, ends late, and includes a medication schedule that doesn’t allow any room for error. Here is a typical day in the life of mother-come-caregiver Louise Bell:

5.45am. I wake up with Tegan (I sleep in bed with her, because her blood sugar levels often drop dangerously low in the night, and I can’t risk not hearing her alarm). We take her sugars and if they are low -- which they often are -- I treat them with a bolus of juice that gets fed through her feeding tube. Once her sugars are stable, I give her a dose of Omeprazole for the GERD she suffers from followed by a shot of Genotropin (the latter is a growth hormone that helps stabilize her blood sugars).

6.00am. My youngest son, James (6), usually gets woken up by Tegan screaming, but if for some reason he hasn’t, this is his wake up time. Fortunately, my husband and older son Chris (11) are usually out of the house at 5.30am surfing, so that’s two less people to take care of in the morning! James wants breakfast, but he has to wait until I have taken care of Tegan’s breakfast, first. I can’t delay her food intake because of her sugars, and I have to mix her beta blocker in with her oatmeal at this time to keep her heart in check. This doesn’t go down well with James, because he doesn’t understand why he always has to come second. It’s a tough conversation to have with a six year old who just wants pancakes. Besides, we focus on Tegan’s siblings seeing her simply as “Tegan,” not as a disabled person, so James doesn’t always understand what is happening. Sometimes I am in the middle of a life-threatening medical emergency with Tegan, while also dealing with an “I want pancakes!” demand from my son. Those mornings typically don’t end up well. 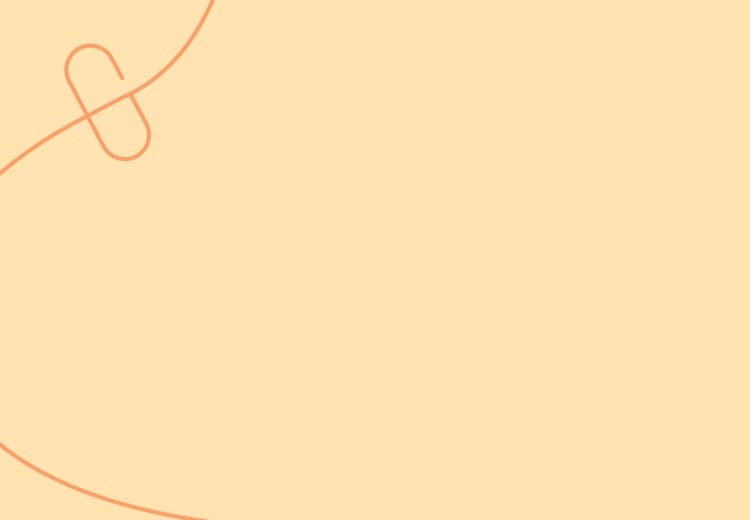 "Sometimes I am in the middle of a life-threatening medical emergency with Tegan, while also dealing with an 'I want pancakes!' demand from my son."

6.30am. I get Tegan to pee on a testing strip to check her ketone levels. This can be challenging because it’s usually around this time that she starts screaming for a TV show. The answer is always “No!” because I don’t want my other kids to get in the habit of watching TV in the morning before school. Goodness only knows it would be easier to put the show on, but I am not willing to make a sacrifice for her that impacts my boys, negatively. This is also the point where Tegan gets dressed. Let’s just say, that can be a party!

7.15am. Tegan’s nurse arrives. I have been documenting my daughter's stats throughout the night and morning, so I can do the medical “hand-off”. Then they head off to her special needs school together on the school bus. Her nurse has to be on the bus with her in case of a seizure or tantrum, both of which can be dangerous for Tegan and the bus driver. This is one aspect of having a special needs child that many people might not understand, but I don’t like to take handouts (such as the school bus). It makes me feel guilty, but I really don’t have a choice, as I have two other children in different school districts. In fact, the guilt is pretty much omnipresent. From feeling guilty that I do too much for Tegan and that my other children will be negatively impacted by that, to feeling guilty that I don’t do enough, there is a constant underlying emotional pressure that is invisible to the outside world.

7.45am. I take James to school (Chris gets dropped off at his school after surfing with his dad) and jump straight into work mode. While I work the entire time the kids are at school, I have to periodically jump on calls to schedule Tegan's doctors appointments, get medications refilled, or fight with the insurance company over yet another bill. Just today, I had six calls during my work day to the Neurology department. This obviously impacts my work load, so you’ll often find me up until midnight catching up on deadlines. That probably sounds crazy given the rest of our daily schedule, but our expenses for Tegan are astronomical, so work is a non-negotiable part of life.

2.45pm. I pick up the boys from school, then Tegan and her nurse arrive home shortly after. Her nurse gives me her medical download from the day, which is usually the point at which my youngest son decides he wants to tell me all about his day. This gets really stressful, as it’s so important I understand Tegan’s health status that day, but I know James is just trying to get his mom’s attention and feel important too. It can lead to some negative behavior. If Tegan is medically stable, we give her a second heart medication before heading off to drop the boys off at their soccer practice, etc. If she’s not, I cancel all my meetings for that afternoon and do whatever is needed to take care of her. Once, her nanny forgot to give Tegan her heart medication, which could have been life-threatening. No matter how organized I am, I feel nervous about leaving her with anyone else when a medication dose is due. I recently heard about the Hero device and I can’t wait to try it out because it would have prevented that situation from ever happening.

5.30pm. Dinner time! We are usually back to the TV demands, and that can lead to an hour or so of meltdowns. This makes it very hard to feed Tegan, because when she has got herself into a tantrum, she will often throw up if she eats. And we can’t use her feeding tube, because the screaming leads to too much air in her stomach. But it’s critical that she gets the right nutrition to keep her blood sugars stable, so we can’t give up. At this point, Chris usually finds some beautiful, big brother way to calm her down -- whether it’s playing his guitar for her or finding some kind of game that takes her mind off her melt down. That’s one thing I will say for a family that has a child with special needs -- children learn compassion on a whole new level. The tantrums are a big part of our life with Tegan, and they are very dangerous for her heart. After years of trying different medications that were so dangerous they were doing more harm than good, we have found we can control them with small doses of cannabis oil, without all the side effects.

7pm. Bedtime begins. I say it begins, because it can take a couple of hours! I can be through three or four books, and Tegan is still wired. It’s tough, because I want to spend quality time putting my other children to bed as well, but Tegan can take a really long time, and I can’t leave her until she is asleep, as she will just get right back up again. Also, I have to check her sugars again once she is asleep and that often means another bolus.

9pm. Most of the house is sleeping sweetly. I can take a deep breath, feel gratitude for another day with my three beautiful children and my husband, and dive back into my work! 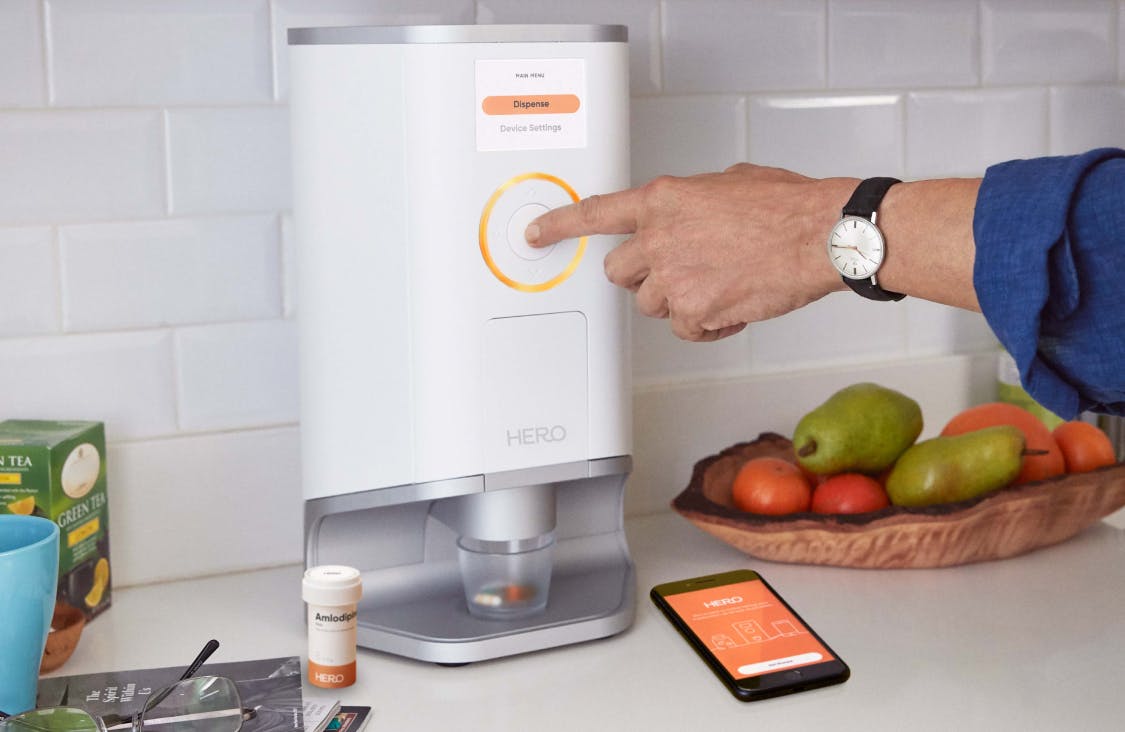 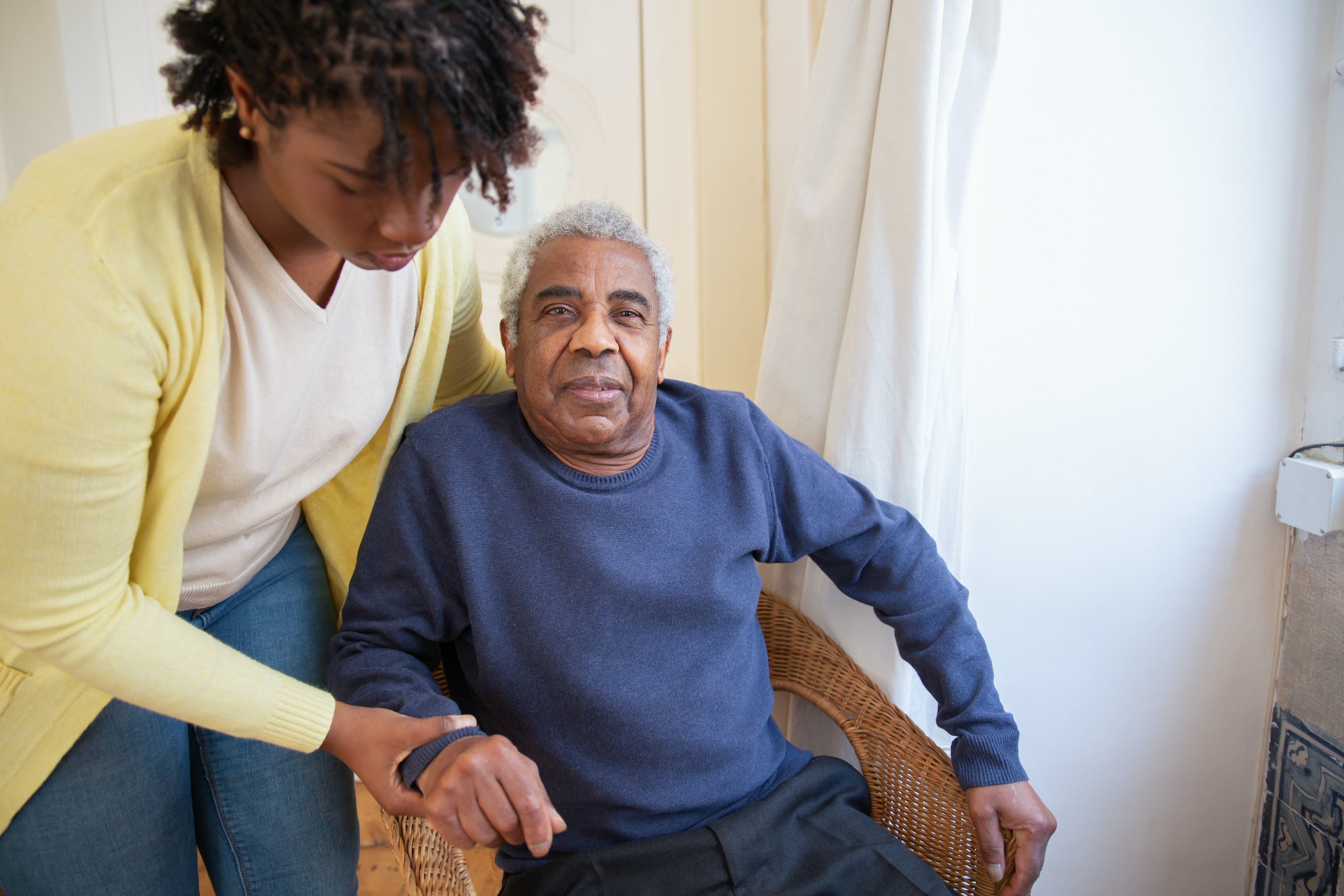 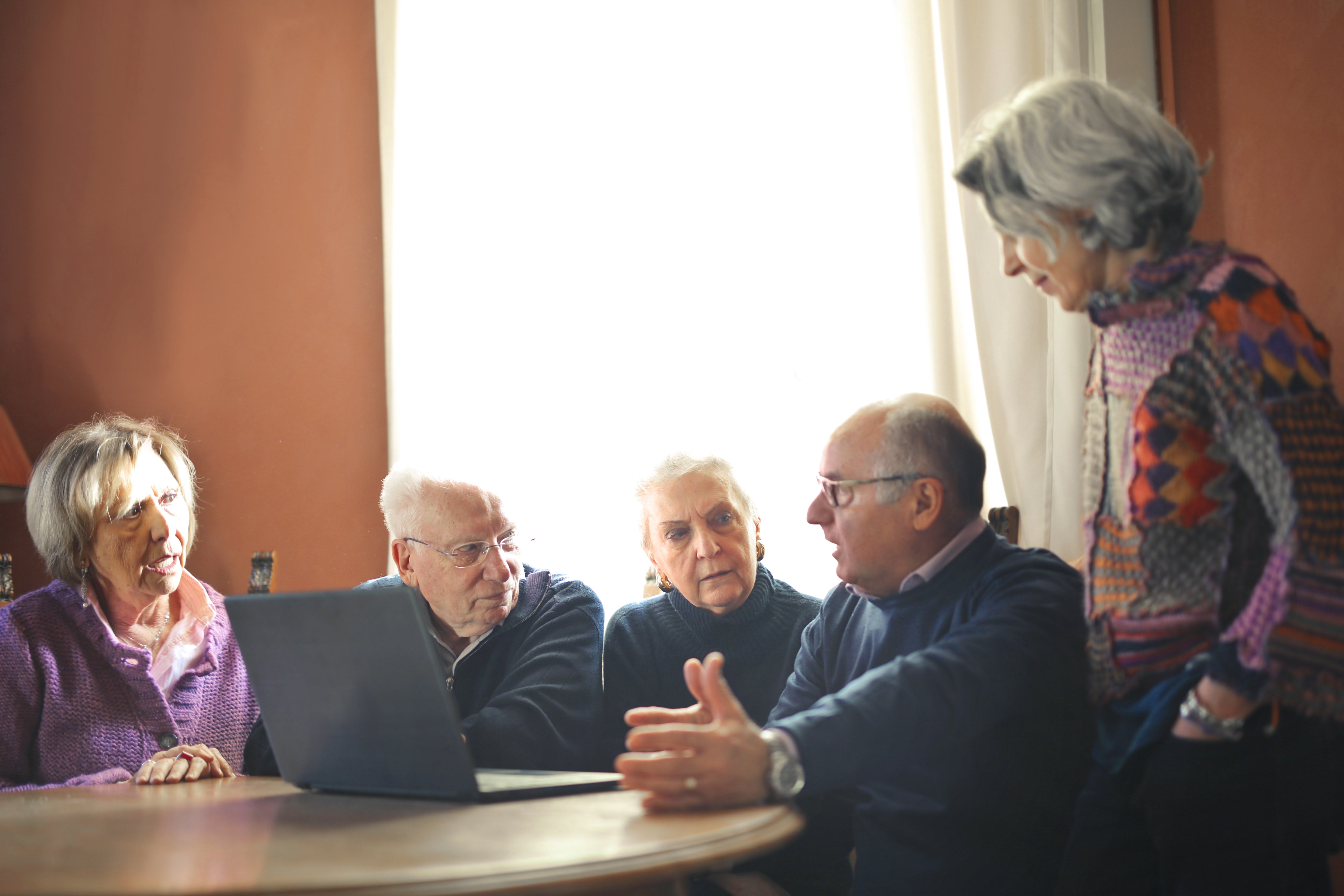 Acing awkward conversations with Mom: a guide to “The Talk”